The AdC (Portuguese Competition Authority) has sanctioned five supermarket chains – Auchan, E. Leclerc, Intermarché, Modelo Continente and Pingo Doce -, as well as the common supplier Sogrape and two managers (one from Sogrape and another from Modelo Continente) for having participated in a scheme of price fixing on retail prices.

The AdC’s investigation concluded that through contacts established through the common supplier, without the need to communicate directly with each other, the participating distribution companies ensure the alignment of the retail prices in their supermarkets, in a conspiracy equivalent to a cartel, known in competition law terminology as “hub-and-spoke”.

Such practice eliminates competition, depriving consumers of the option of better prices, ensuring better levels of profitability for the entire distribution chain, including supplier and supermarket chains.

From the evidence collected during the unannounced inspections there are elecrtronic conversations that demonstrate the practice, such as the following [in Portuguese]: 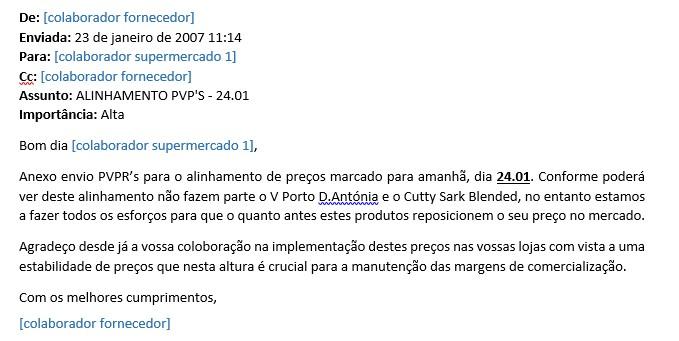 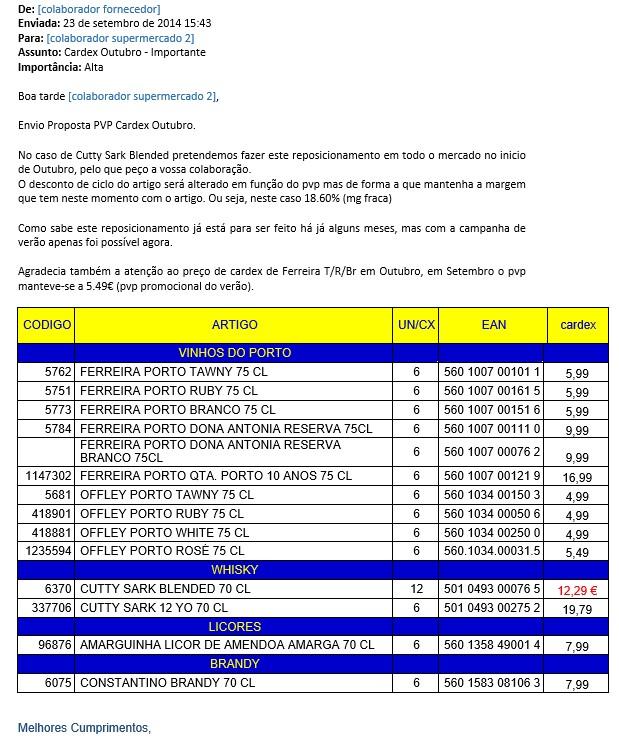 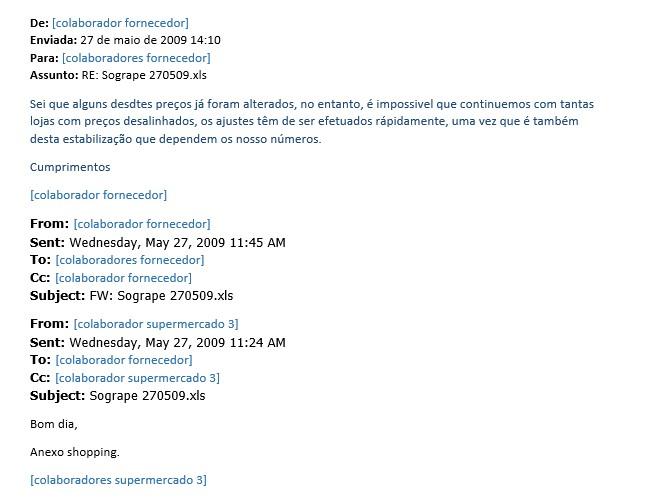 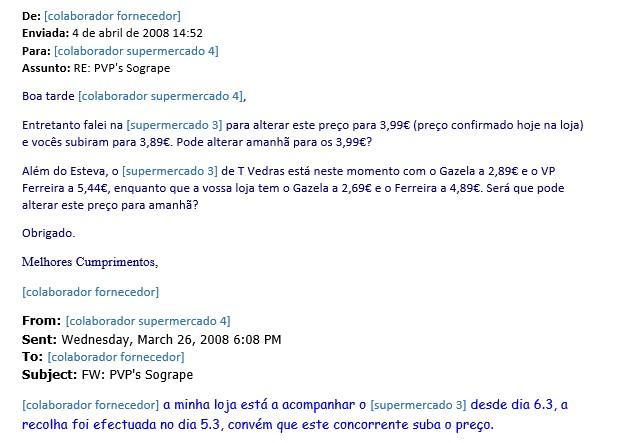 In June 2020, the AdC issued a Statement of Objections in the current case, and gave all companies and individuals the opportunity to exercise their right to be heard and to defend themselves, which was duly considered in the final decision.

In December 2020 and recently, on November 2 and 17, 2021, the AdC had already sanctioned these supermarket chains and three other beverage suppliers – Sociedade Central de Cervejas, Primedrinks and Super Bock -, as well as a supplier of packaged bread and cakes – Bimbo Donuts – for the same type of practice (see Press releases 22/2020, 21/2021 and 23/2021).

In the current case, the AdC investigation determined that the practice lasted for over ten years – between 2006 and 2017 – and targeted several Sogrape’s products such as wines of Portuguese brands like Matues, Gazela, Casa Ferreirinha, Porto Ferreira, Offley and Sandeman and the whiskies Jack Daniel’s and Macallan and Taittinger champagne.

In the decision now adopted, the AdC imposed the immediate cessation of the practice, as it cannot be excluded that the investigated behaviour is still ongoing.

The fines imposed by the AdC are determined by the turnover of the sanctioned companies in the goods related to the infringement and over its duration. In addition, according to the Portuguese Competition Law, fines cannot exceed 10% of the company’s turnover in the year prior to the sanctioning decision.